Before Donald Trump appointed Daniel Simmons to lead the Office of Energy Efficiency and Renewable Energy, Simmons worked for special interest groups that called on Congress to eliminate the same Department of Energy program. 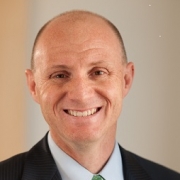 Simmons worked as a Vice President for Policy at the Institute for Energy Research (IER), where he was employed from May 2008 until January 1, 2017, according to a federal Public Financial Disclosure Statement published by The Intercept and Center for Media and Democracy. He also held the same position at the American Energy Alliance (AEA), the “advocacy arm” of IER. Simmons did not list AEA on the financial disclosure he filed when he joined the Trump administration.

In 2015, AEA called on Congress to use 2016 budget cuts to “eliminate” the Office of Energy Efficiency and Renewable Energy (EERE):

That same year, IER and AEA together received $3 million from the Koch network, which has waged an ongoing war on renewable energy, as well as $50,000 from Peabody Energy, a major producer of coal. One year earlier, IER attacked President Obama’s budget for 2015 as “A Masterpiece of Energy Wastefulness.” As examples of this so-called “wastefulness,” IER pointed to a proposed increase in EERE’s budget allocation and criticized a proposed decrease in funding for the Office of Fossil Fuels.

With Simmons and Travis Fisher, previously an economist for IER and AEA, on board at the Department of Energy (DOE), the new Trump administration has now proposed a budget that would slash EERE’s funding by 69 percent. Thomas Pyle, the president of IER and AEA who served as Trump’s transition team leader for DOE, praised the administration’s for proposing to cut DOE’s overall budget while “trimming superfluous and uneconomical programs.”

Pyle had written in an earlier memo that was obtained by the Center for Media and Democracy:

… the Trump team has selected several longtime IER and AEA allies to lead the transition process for these agencies. Given the personnel that is in place and our involvement with the process, we are confident that the Trump administration will nomìnate candidates who embrace free-market ideals and who are dedicated to hitting reset on the Obama administration’s harmful polìcies.

In reality, the work of EERE and its predecessors at DOE began decades ago and has continued under both Republican and Democratic administrations. As the Trump administration admits in the language of it proposed appropriation for EERE, previous funding for this DOE office is far from “harmful” and has generated real economic benefits:

In 2016, one in seven new jobs for Americans were in the energy sector. Of the 6.4 million Americans working in the energy sector currently, more than a third, or 2.2 million, are employed full-time or part-time in energy efficiency. More than half a million Americans, about 660,000, are employed in renewable power production and generation jobs. The low capitalization required for energy efficiency and renewable energy is enabling developing world economies to grow, which is creating greater demand for U.S. goods and services and new job opportunities for Americans. Of the nearly 2.4 million Americans employed in the motor vehicle/parts sector, over 259,000 work with alternative fuels – an increase of 69,000 jobs in 2016.  All of these economic benefits can be traced to previous EERE investments in early-stage research, and EERE is committed to continuing in its role as a global leader in enabling the development of the next generation of energy technologies.

In that last line, the Trump budget tries to credit all of the economic benefits generated by EERE’s work to “early-stage research.” However, EERE also has worked to bring new clean energy technologies from the R&D stage into the real world marketplace – work that would cease under the drastic cuts proposed by Trump and backed by IER AND AEA.

The Trump administration’s proposed cuts to EERE programs could do real harm if Congress actually makes these cuts, which is a big if given the opposition from some top Senate Republicans. For example, EERE funding for the Weatherization Assistance Program, which has helped millions of low-income households save money on energy, would be eliminated in fiscal year 2018.

Since he arrived at DOE, Simmons has responded to concerns about his long record of attacks on clean energy.

“I like renewables & efficiency,” Simmons wrote to DOE employees, according to E&E News. “I know that’s contrary to some of the things that have been written about me, but it’s true.”

Simmons’ record shows otherwise. His work for IER and AEA was part of the fossil fuel industry’s ongoing disinformation campaign to manufacture doubt about the causes and risks of climate change, and fight policies that accelerate the transition to a clean energy economy. For example, Simmons wrote a 2013 op-ed that attacked a federal Clean Energy Standard bill introduced by then Senator Jeff Bingaman. In it, Simmons sought to redefine “clean energy” by removing carbon dioxide emissions that are a primary contributor to climate change from the equation – a tactic frequently employed by IER and AEA:

Most people think of “clean energy” as energy that produces low amounts of pollution such as soot or  toxic chemicals, but Senator Bingman’s proposal does not concern itself with actual dirtiness. Instead, the bill defines “clean” only based on how much carbon dioxide a power plant emits. This is strange because carbon dioxide itself is not dirty—it is an odorless, colorless gas that is not toxic until carbon dioxide concentrations are many times higher than in the atmosphere.

While Simmons was at IER and AEA, he traveled to places like Michigan and Ohio to deliver testimony attacking state renewable portfolio standard (RPS) policies. Simmons sought to mislead policymakers about the costs of meeting RPS requirements, usually by implying that RPS policies cause much higher electricity prices.

For example, in 2013, Simmons made the following claim while in Michigan: 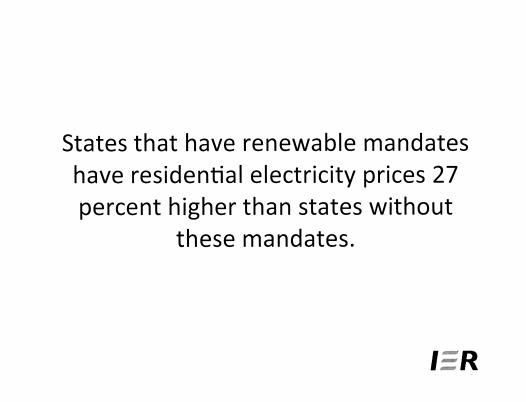 That same year, a review by the DOE’s Lawrence Berkeley National Laboratory found the incremental rate impacts of state RPS policies to be less than 2 percent, including in Michigan. A 2013 report by the Michigan Public Service Commission (PSC) also found that “the cost of energy generated by renewable sources continues to decline and is cheaper than new coal-fired generation.” The PSC report didn’t stop there:

These RPS trends have only continued in Michigan, where three of state’s utilities – Alpena Power Company, Consumers Energy and DTE – later reduced the associated renewable energy surcharge on their customers’ electricity bills to $0. Further research by two of DOE’s national labs confirmed that the benefits of state RPS policies outweigh the relatively minor costs (or in some states, savings).

When the Koch-backed Americans for Prosperity used similar claims about RPS rate impacts to attack a 2013 proposal to require Georgia Power to use more solar power, the Associated Press found those claims to be based on “misleading figures” from IER. Like the Trump administration, IER comes to the debate over energy armed with its own set of alternative facts.

Simmons worked from April 2005 to May 2008 as the director of the American Legislative Exchange Council’s (ALEC’s) Natural Resources Task Force, according to a Congressional disclosure form he filled out prior to testimony in 2016. 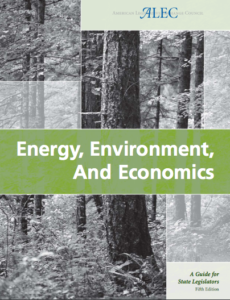 During that time, Simmons coauthored the 2007 edition of ALEC’s report, “Energy, Environment, and Agriculture: A Guide for State Legislators,” which illustrates how the group works to manufacture doubt about the causes and risks of climate change and attack clean energy policies on behalf of its (now dwindling) network of fossil fuel and utility industry funders.

Simmons also denied some of the specific impacts of climate change in his 2007 report for ALEC:

The ALEC report also included attacks on climate science written by other industry backed skeptics who sow doubt about the causes and risks of climate change, including Iain Murray of the Competitive Enterprise Institute and Patrick Michaels.

Simmons also wrote another section of ALEC’s 2007 report titled, “Kyoto Spawn: The Progeny of the Kyoto Protocol.” In it, Simmons attacked what he called “Kyoto-lite” policies adopted by states, including the Regional Greenhouse Gas Initiative, state RPS, and even carbon sequestration programs.

Also included in the report was a “Resolution in Opposition to Carbon Dioxide Emission Standards,” adopted by ALEC in 2002. Similar to IER, ALEC used language deliberately designed to obscure the real issue, which was that carbon dioxide emissions contribute to climate change:

Whereas, carbon dioxide is a natural by-product of fossil fuel combustion; and

Whereas, carbon dioxide is not classified as an ambient air pollutant nor a hazardous air pollutant, but is a beneficial gas that contributes to the ecological health of all natural resources; and

Whereas, carbon dioxide is a non-toxic gas found naturally in the environment; and…

… the American Legislative Exchange Council is opposed to mandatory or ‘voluntary’ carbon dioxide emission standards and the use of greenhouse transferable credits as a tool for environmental policy or regulation.

ALEC wasn’t the first stop in Simmons’ career. Before that he worked at the Mercatus Center and Competitive Enterprise Institute, where he railed against the EPA and “open space” initiatives designed to protect against urban sprawl, and as a House staffer.

Daniel Simmons was the wrong choice to lead EERE

When Donald Trump tapped Daniel Simmons to serve as an Acting Assistant Secretary at DOE, he chose a man who had played a leading role in the fossil fuel and utility industries’ disinformation campaign against climate science and clean energy policies to lead the Office of Energy Efficiency and Renewable Energy. Daniel Simmons does not “like renewables & efficiency” and his record proves it.