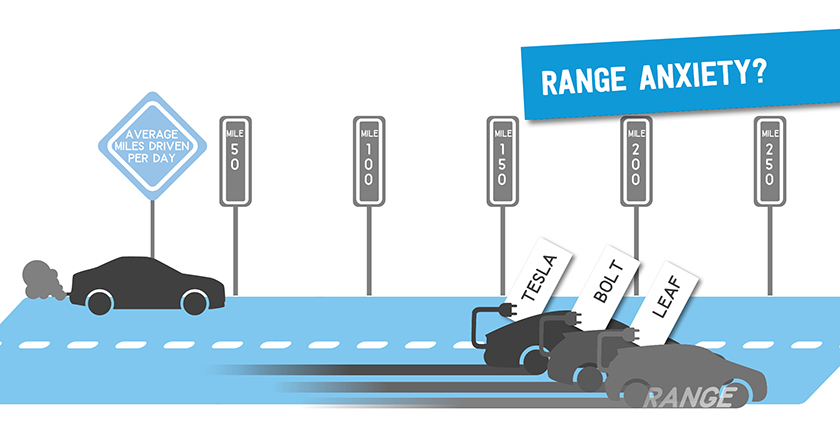 Fact: The typical electric car range is practical for most American households

Myth: Electric vehicles are impractical, and the average driver can’t rely on them.

Explanation: A full 69% of American drivers travel less than 60 miles on weekdays, which is well within the typical electric car range. According to the U.S. Department of Energy, a car in a one vehicle household is driven roughly 30 miles per day; in two- and three-car households, the most-used car is driven approximately 43 miles per day.

The Union of Concerned Scientists and Consumers Union conducted a study in 2013 and factored access to charging, hauling needs, and passenger capacity — and found that 42% of American households could rely on an EV as their only vehicle. In the six years since, average EV ranges have expanded significantly, meaning even more households could rely dependably on a plug-in car. When you consider that an American household averages two cars, it’s clear that replacing one with an EV is more than practical.