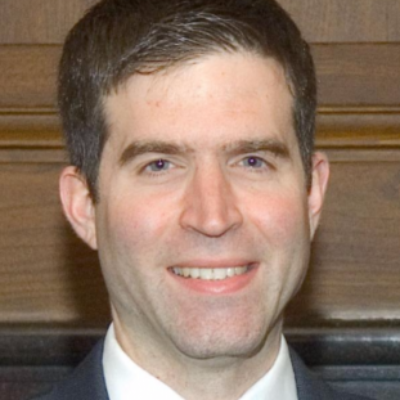 Catanzaro’s lobbying disclosure forms for quarter four of 2016 serve as a potential preview of energy policy to come from the Trump White House. During that quarter, Catanzaro lobbied against U.S. Bureau of Land Management (BLM) methane regulations, against U.S. Bureau of Safety and Environmental Enforcement offshore drilling regulations, and for oil and gas development on U.S. public lands.

As DeSmog has reported, Catanzaro served as a top energy aide during Trump’s presidential campaign. According to GreenWire, he is expected to serve as special assistant to Trump for energy and environmental issues under the umbrella of the White House National Economic Council.

His activities will include “implementing the president’s domestic energy and environment agenda and kind of managing the inter-agency process that deals with those issues,” a source close to the Trump administration told GreenWire. “This is likely to be the most influential domestic energy policy position within the White House [and] will comfort industry and conservatives who view him as a champion for free-market energy and environment policy.”

Catanzaro and the White House press team did not respond to a request for comment.

Path to the Trump White House

Catanzaro began his political career as a staffer for the Senate Environment and Public Works Committee, which was then chaired by Sen. James Inhofe (R-OK), the Senate’s most prominent climate change denier. During this time, Catanzaro also landed a job as Deputy Policy Director for the 2004 Bush-Cheney presidential campaign.

After transitioning into positions for the George W. Bush White House first as Associate Director for Policy for the Council on Environmental Quality and then Associate Deputy Administrator for the Environmental Protection Agency (EPA), Catanzaro became a lobbyist for the electric utilities company Pennsylvania Power and Light.

He then swung through the government-industry revolving door, working as Deputy Minority Staff Director of the Senate Environment and Public Works Committee under the watch of Inhofe.

After serving two and a half years under Inhofe, Catanzaro then landed a job for the next year and half working for then-Speaker of the House, Rep. John Boehner (R-OH), serving as Boehner’s top policy aide. Ever since, Catanzaro has worked as a lobbyist, with a client list featuring the likes of Koch Industries, America’s Natural Gas Alliance (ANGA), and Halliburton, in addition to his current clients.

Before his present job as a lobbyist for CGCN Group and after leaving Boehner’s office, Catanzaro spent two years working as a managing director for FTI Consulting. FTI runs Energy in Depth, a front group funded by the oil and gas industry. Born during the rise of hydraulic fracturing (“fracking”) in the U.S., Energy in Depth was created to fend off criticism from the media, grassroots activists, environmental groups, scientists, and others.

While working for Inhofe from 2003-2005, he wrote several articles for the conservative website Human Events which conveyed a climate science denial posture. His articles had titles such as “Glaciers, ‘Global Warming,’ and NY Times Hysteria,” “Be Afraid!!! Global Warming and Malaria,” “More Leftist Enviro Scare Tactics,” and “No Global Warming Consensus.”

Catanzaro, formerly an assistant editor with Human Events before beginning his political career, has written that “there is no connection between global warming and extreme weather,” as well as “when it comes to the science of global warming, the alarmists, of course, think all the complexities and uncertainties have been settled.”

Further, Catanzaro’s name appears as the press contact for a 12,000-word floor speech given by Inhofe in 2003, in which the senator said, “Much of the debate over global warming is predicated on fear, rather than science,” and “I have offered compelling evidence that catastrophic global warming is a hoax.”

Catanzaro and his fellow lobbyists recently scored a victory on behalf of the Oklahoma City-based fracking giant Devon Energy when the U.S. House of Representatives voted to nix the Obama administration’s regulations on flaring methane during oil and gas drilling on BLM public lands. Larry Nichols, Devon co-founder and Board of Directors Chairman Emeritus, served as a Trump presidential campaign energy adviser and campaign donor.

Oklahoma Attorney General and EPA administrator nominee Scott Pruitt submitted a letter to the EPA in 2011, which was actually ghostwritten by Devon, calling for the EPA to halt its proposed regulations on methane at U.S. fracking sites. In November 2016 Nichols’ name was floated as a potential U.S. Secretary of Energy nominee.

Flaring is the process of burning off excess natural gas at oil and gas drilling sites, which is so prevalent in the U.S. that the flare fires are visible from satellites in outer space. A recent study published by the journal Nature concluded that flaring wastes 3.5 percent of the world’s natural gas.

Trump ran on an anti-regulations campaign platform for his energy policy and his White House website features a section titled “America First Energy Plan,” which promotes increased fracking and staving off “burdensome regulations on our energy industry.”

By adding such a prominent oil and gas industry lobbyist to his energy policy team, it looks like Trump is following through.

This article was originally published on DeSmog.