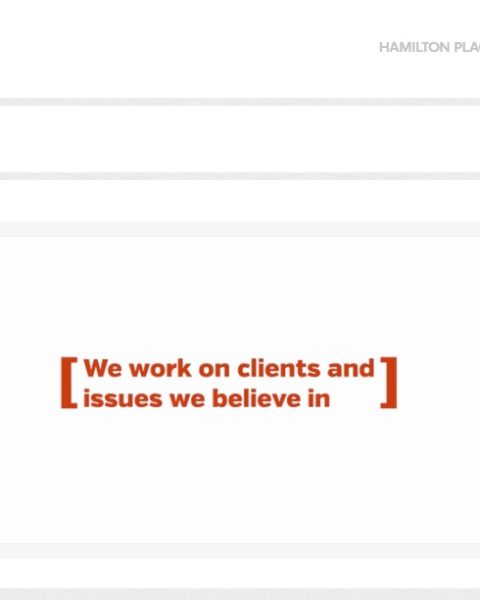 HPS was a sponsor of the Red State Gathering 2016, where Charles Drevna presented as President and CEO of Fueling U.S. Forward.

The company is not well known to the public, but its leadership is filled with senior GOP politicos, including its founder, Tony Fratto. Fratto is a former deputy press secretary in the George W. Bush White House and was a communications specialist for the 2004 Bush-Cheney campaign.

Fratto has filled HPS with GOP veterans, many of whom came from the Bush-Cheney and McCain-Palin presidential campaigns.

Prior to Hamilton Place Strategies, Siciliano held a variety of roles in President George W. Bush’s administration. From May 2007 to January 2009 he was assistant press secretary, and before that he worked in communications office of the White House Office of Management and Budget. He also served the President as a member of the Presidential Advance team.

Madden, who describes himself as a “passionate conservative Republican,” has spent a large part of his career serving the party. He was the Campaign Spokesman for the Bush-Cheney 2004 Presidential campaign. After George W. Bush was re-elected, Madden was appointed Deputy Director of Public Affairs at U.S. Department of Justice in January 2005. Seven months later he moved on to become Press Secretary to House Majority Leader John Boehner, a role he held for a year. He left that position to become Mitt Romney’s “top campaign strategist and chief spokesman” in his bid for the 2008 Republican presidential nomination. In 2012, Madden once again served as a senior advisor to and spokesman for Mitt Romney’s presidential campaign.

McDonald has served senior roles for the Republican party in the past three presidential campaigns. In 2004, he was the Rapid Response Director for the Bush-Cheney campaign. In 2008, McDonald was part of John McCain’s senior leadership team directing campaign strategy. His work included preparing Senator McCain for debates. Finally, in 2012, McDonald led research and messaging on issues related to private equity for Governor Romney. In President George W. Bush’s second term, McDonald worked as an Associate Communications Director.

Terra has spent the bulk of his career working in Republican circles. In 2008, was the War Room Director for John McCain’s presidential campaign. From 2008-2010, he worked in California Governor Schwarzenegger’s administration. In 2012, he joined Mitt Romney’s campaign team as Director of Strategic Initiatives.

After 10 years at Zurich Insurance Company, Bouchard joined Hamilton Place Strategies in 2015. While at Zurich, Bouchard hired Sean Kevelighan as the Head of Group Media Relations for the U.S. Kevelighan worked in George W. Bush’s administration for two years.

The firm has a history of representing fossil fuel interests, including jet fuel suppliers caught up in a Congressional investigation over allegedly corrupt fuel contracting practices. A reporter covering Hamilton Place Strategies’ work for the jet fuel interests noted that the PR firm’s principals “have logged lots of hours on the front lines of spin.”

The firm has partnered with the Charles Koch Foundation to co-fund the Fiscal Challenge, a competition for college students to pitch fiscally conservative policy ideas.