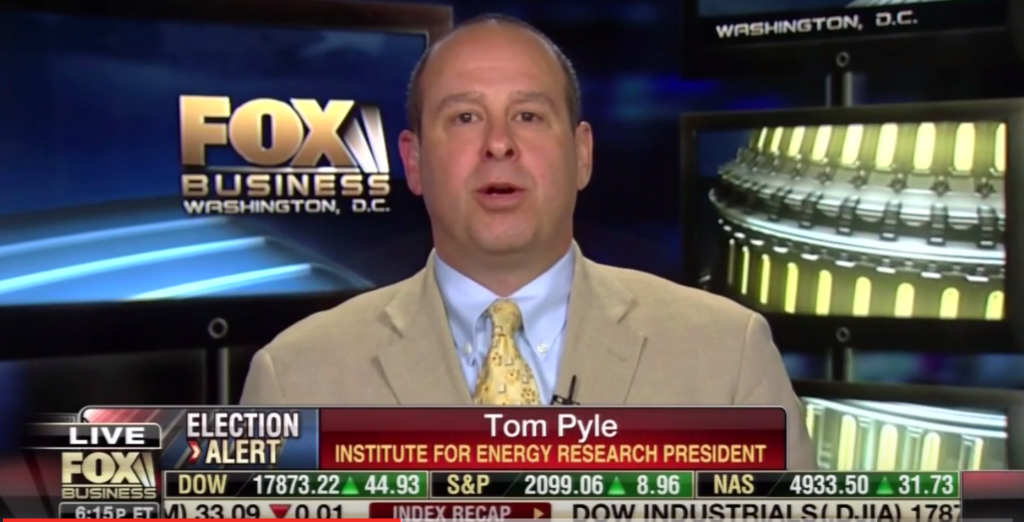 Thomas Pyle, President of the Koch-funded Institute for Energy Research and its advocacy arm, the American Energy Alliance, has been tapped by President-elect Donald Trump to lead the transition to the Department of Energy. E&E News reported on Monday that Pyle would be replacing Mike McKenna, who had to step down from the transition team because of the Trump team’s crackdown on registered lobbyists.

McKenna, President of MWR Strategies, currently lobbies for a number of energy industry companies , including a contract with Koch Industries that dates back to 2008.

Michael Catanzaro also stepped down from the DOE landing team. Catanzaro is currently a registered lobbyist for Koch Industries. (More on Catanzaro’s lobbying history and deep oil ties on DeSmog.)

As Lee Fang wrote in The Intercept,

The Trump transition team publicized some ethics standards that essentially demand that anyone on the team deregister as a lobbyist and promise not to lobby for five years. But former lobbyists (even those registered as lobbyists at the time of assignment to the transition team) are totally fine, as is anyone working for a lobbying firm without formal registrations.

Fang described Catanzaro’s and Pyle’s trip through the revolving door to the DOE’s transition team.

Michael Catanzaro, who was set to oversee the transition at the Department of Energy, is a registered lobbyist for fossil fuel giant Koch Industries.

Catanzaro’s departure on Friday made way for Thomas Pyle as his replacement.

Pyle is currently the president of the Institute for Energy Research, a think tank founded directly by Charles Koch, the chief executive of Koch Industries, and also funded by Koch-backed nonprofits. IER broadly supports more drilling and mining of fossil fuels, and regularly criticizes climate change scientists for daring to call for controls on pollution. Before joining IER, Pyle worked as a registered lobbyist for Koch Industries and served as the Koch Industries Director of Federal Affairs, a lobbying job, from 2001 through 2005.

McKenna, Catanzaro, and Pyle aren’t the only Koch affiliates to make their way into Trump’s transition efforts, and we’ll be looking at other Koch ties to the Trump administration in coming weeks.

Trump himself offered a glimpse at his energy policy priorities in a YouTube video published Monday that briefly outlined his plan for his first 100 days in office.

“I will cancel job killing restrictions on the production of American energy, including shale energy and clean coal, creating many millions of high-paying jobs,” Trump said. “That’s what we want. That’s what we’ve been waiting for.” The President-elect didn’t speak to any particular Department of Energy efforts, nor did he discuss how his administration would address the two energy sectors that are fastest growing in terms of both employment and electric generating capacity—solar and wind.