In case you haven’t heard:  the U.S. electric vehicle market is charged up and getting hotter.

What exactly does this mean? We’ll tell you.

The Union of Concerned Scientists have captured these developments in more depth and visually through some great charts. See them here: The State of the Electric Car Market in 4 Charts and Graphs

In case you didn’t quite follow the exchange, the host is  referring to a couple of reports by the Energy Information Agency. The first is the annual Winter Fuels Outlook, which predicts significantly higher natural gas costs than last winter.

EIA forecasts gas prices will average $10.37/Mcf, 11% higher than last winter and the highest since the winter of 2010–11. EIA expects households heating primarily with natural gas to spend $116 (22%) more this winter compared with last winter, a result of the higher prices and increased natural gas consumption.

The second is about natural gas rig counts, which have been steadily plummeting from a late 2008 peak, as can be seen in this EIA graph. 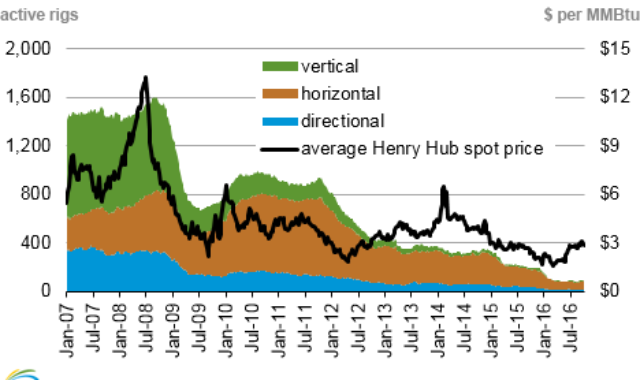 Drevna explains the reduction in rig count by talking about “American ingenuity.” But he neglects to mention that the easiest, most economically efficient path to lower natural gas prices is to reduce demand, which can be done—at a personal economic gain—through home building efficiency, weatherization, and replacing natural gas boilers with truly innovative, clean electric heat pumps.

A common refrain is that electric vehicles are expensive. Yes, they can cost more to purchase, but that is just one of the costs associated with car ownership. After purchase, your largest expense is usually fuel. So, how do electric vehicles measure up to their gas counterparts on fuel costs?

Comparing electricity and gas markets is complex and tricky. Nevertheless, Plugless has done it. And, the company’s findings are telling:  its cheaper to drive on electricity than gas in all 50 states. Let that sink in, anywhere you drive, electric fuel is cheaper than gas. This is the case when national gas prices sit very low — $2.20/gallon.

Plugless’ analysis found that on average electric vehicle owners save $60 per month on fuel costs. That’s $720 per year. In states such as Oregon, Washington, and Montana, savings sit at more than $1,000 per year.

See the data on all 50 states and read the full story at Plugless: Driving on Electricity is Cheaper Than Gas in All 50 States 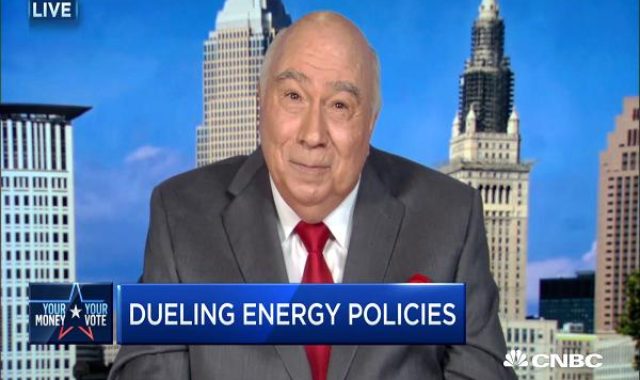 On Monday, Robert Murray, President and CEO of coal giant Murray Energy Corporation, called Tesla Motors a “fraud” on CNBC, going on to bash the company for failing to yet turn a profit despite subsidies. END_OF_DOCUMENT_TOKEN_TO_BE_REPLACED